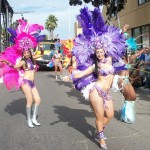 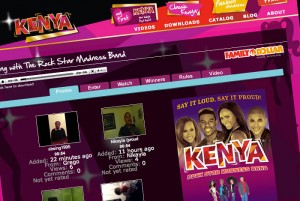 Kenya’s World Inc. needed a web site and fast. It had to be able to upload videos shot by kids and convert them to stream on line. Clip-Share was it and it did a great job. There where some bumps with my host, but after changing to the one Clip-Share recommended, installation went smoothly. Contestants aged 13 to 18 were invited to sing along to Kenya’s hit song “Proud”. The winner would be invited to New York to sing with Kenya and the Rock Star Madness Band. With ten days to go before the contest closed my client called me from Hong Kong to ask if I could make sure there were at least 5 finalists. Only two people had submitted.

The call went out to all the stake holders and I called my friends in the Hood that had young people between 13 and 18. I designed an email campaign to send to the people who had signed up but had not submitted an entry. With 1 day to the dead line, we had 8 entries, two of which I had recruited. I had to disqualify one entrant because she wouldn’t respond to emails confirming her age, another got axed because, although his rap was “tight”, it wasn’t “Proud”. That left us with six. I needed five. 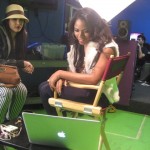 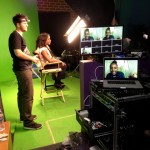 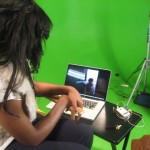 When Sony gets viewed 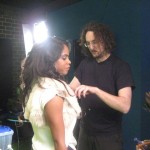 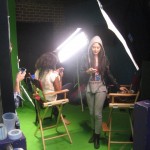 Everyone check their phone! 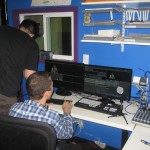 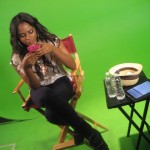 The waiting is the hardest part! 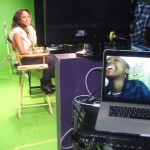 Shanica talks with one of the contestants on skype during setup.

I called my client in Hong Kong. He asked me to decide the final five – and to produce the awards video in two days. Fortunately the talent, Shanica Knowles, had already been booked as was the videographer and MicroGreenScreen Studios. I just had to find them. The finalists needed parental permission and confirmation that they were within all other contest rules. Lots of phone calls and emails latter I had my 5.

The videographer and crew were in Las Vegas when I got a hold of them. He assured me he would be in Los Angeles an hour before we were to “broadcast” the livestream on the web. That was less than 24 hours away. Shanica lived close to the studio and asked to be called when we needed her.

Dimitry arrived at the Micro Green Screen Studios on time and began setting up his equipment. It looked like we would be at least an hour late in streaming. I began to worry about the Kids on the east coast who would be kept up late on a school night. I figured our audience were the 5 finalists, Kenya’s World Inc. and the contest sponsor Family Dollar. At about the same time I realized that we had no script for Shanica, so I’d better write one.

Quick out line of script: Hello, Thank you sponsors, Rules, draw names from a hat, play the vids, talk to the kids, the winner is, thank you, good night.

Shanica showed up with a friend who provided volunteered her hat for the drawing, lights and camera where set-up and ready. Shanica was like a jazz musician. She read the rules off the teleprompter, then improvised her banter with the kids, playing their videos and congratulating the winner. She was a pro and a pleasure to work with. Dimetry and his crew made it all seem easy. 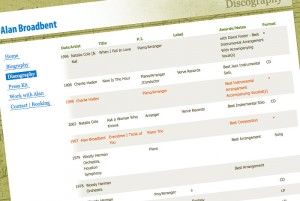 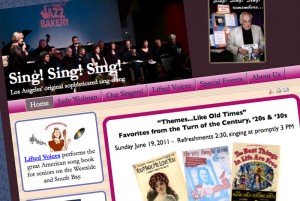 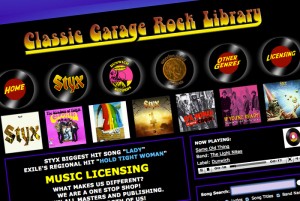