The goals of Todd’s site is to highlight his varied drumming styles to band leaders and the music media. The site features a targeted bio, tour schedule and recording archive. 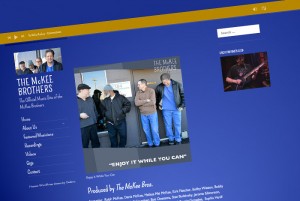 Denis McKee and his brother Ralph have been blues players since an early age. They are joined by a cadre of stalwart musicians, also steeped in the blues. The goals of the site are to be the online focal point of the McKee Brother’s musical projects and to provide information for music festival bookers. The site features their recordings, videos and gig calendar.

Pat Senatore, the Artistic Director for Herb Alpert’s Vibrato Grill Jazz in Bel Air, CA, performs there regularly and just released a CD, Ascensione, on Fresh Sound Records, which evolved over the last few years with his trio, featuring Josh Nelson on piano and Mark Ferber on drums.

It seems Senatore was destined to become a musician. It’s in his DNA. His father grew up in Compania, Italy, singing Neapolitan folk songs in theaters. Pat followed a family tradition and studied violin as a child but it was not until he took up the bass and heard Scotty La Faro did he know for sure he wanted to be a jazz musician. His passion for jazz was so strong that he left the Julliard School of Music in New York after two years because it did not recognize jazz at the time.
Read More

He took his studies from the classroom to the rhythm section of various big bands. He toured the country with the Stan Kenton Orchestra. During his tenure with Kenton, he recorded Adventures in Blues, and Adventures in Jazz at Capitol Records. Having moved from Newark, New Jersey to Los Angeles, California he was happy to stay put in his new home long enough to work at the famed Coconut Grove with the Dick Stabile Orchestra. Then he joined the Les Brown Orchestra and went to Vietnam with Bob Hope. Upon returning, he performed with two weekly television shows: The Bob Hope Show and the Dean Martin Show. 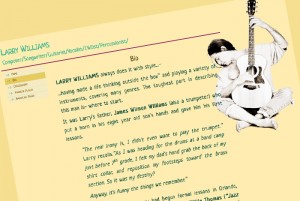 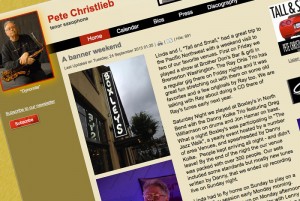